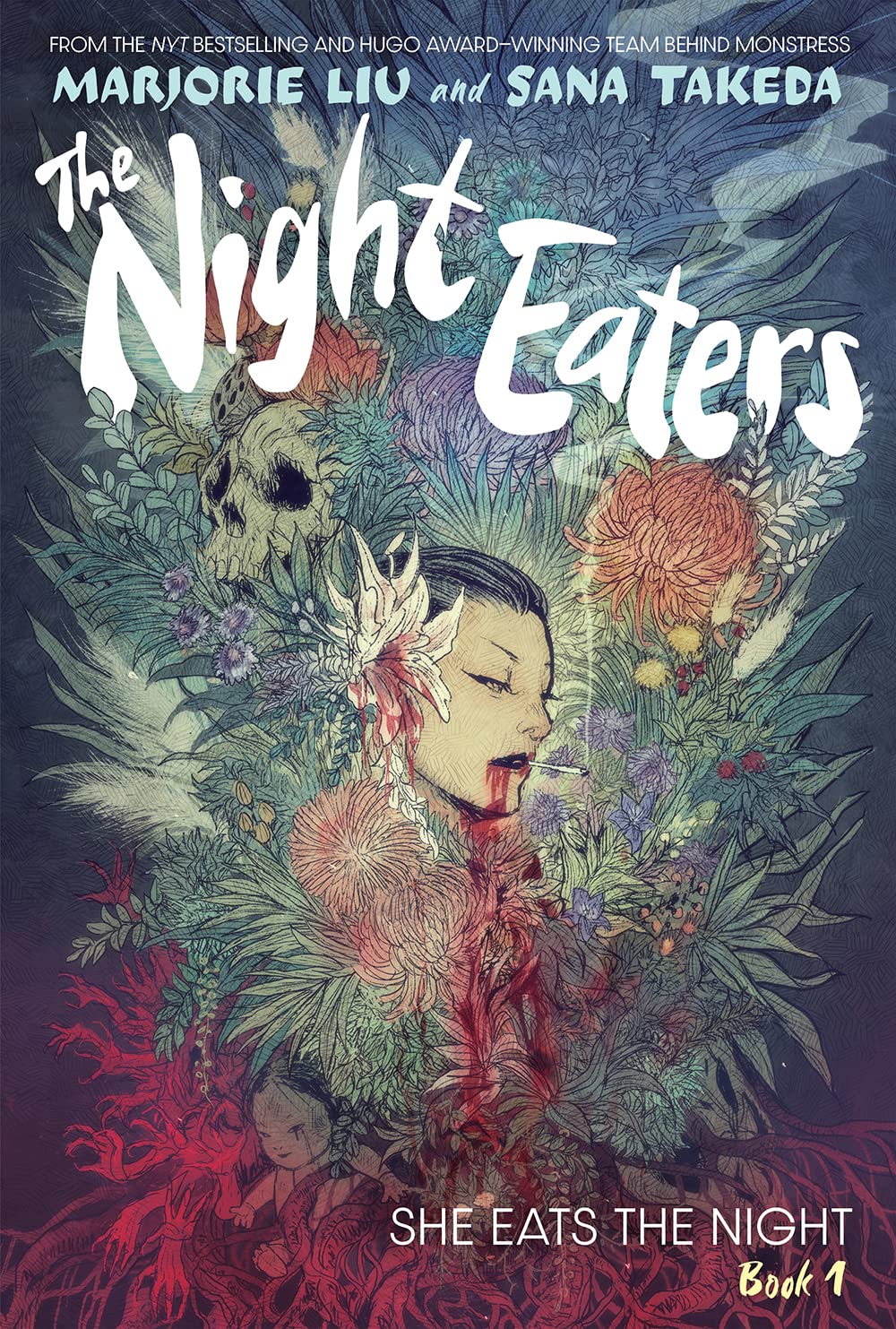 Chinese American twins, Milly and Billy, are having a tough time. On top of the multiple failures in their personal and professional lives, they’re struggling to keep their restaurant afloat. Luckily their parents, Ipo and Keon, are in town for their annual visit. Having immigrated from Hong Kong before the twins were born, Ipo and Keon have supported their children through thick and thin and are ready to lend a hand—but they’re starting to wonder, has their support made Milly and Billy incapable of standing on their own?

When Ipo forces them to help her clean up the house next door—a hellish and run-down ruin that was the scene of a grisly murder—the twins are in for a nasty surprise. A night of terror, gore, and supernatural mayhem reveals that there is much more to Ipo and her children than meets the eye.

Eisner Award–winning and bestselling author Marjorie Liu and illustrator Sana Takeda have crafted a wild and wicked tale that will leave readers hungry for more. She Eats the Night is the perfect start to The Night Eaters trilogy, which is a combination of Monsters by Barry Windsor-Smith and Crazy Rich Asians by Kevin Kwan.