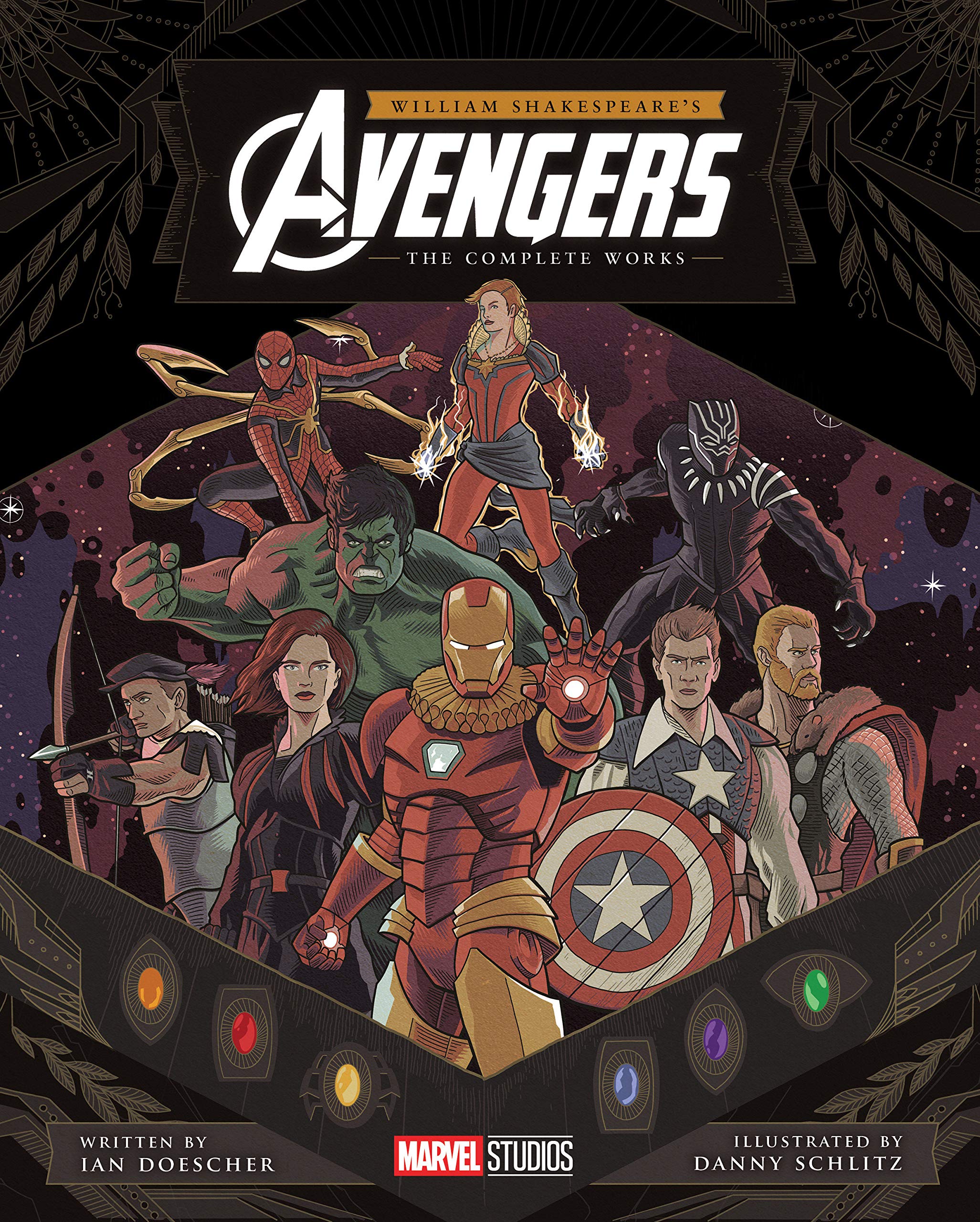 Assemble, Ye Avengers! All four Avengers films are presented as Shakespearean plays in this must-have for Marvel fans.

Authentic meter and verse, stage directions, and clever Easter eggs will delight fans of the Avengers and Shakespeare alike. Readers will experience their favorite scenes, characters, and lines in a fresh—yet fully faithful—way, through soliloquies and dialogue by everyone from Captain America to Groot (“’Tis I!”).

The lavish two-column format recalls Shakespeare’s folios, and dozens of vibrant illustrations capture all the iconic movie moments. This franchise bible elevates and celebrates the films and is a must-have for fans of the Marvel Cinematic Universe and the Avengers.