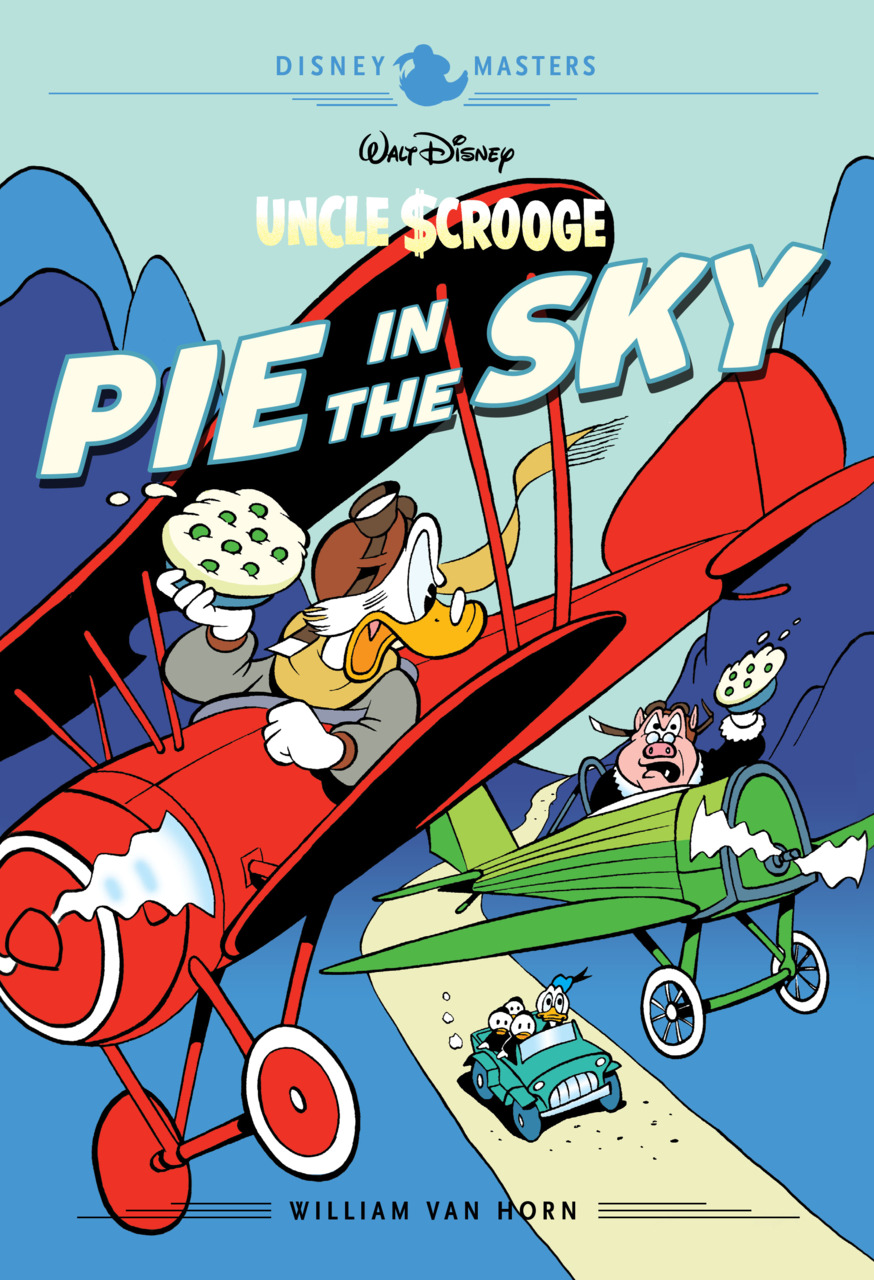 Scrooge McDuck is an ace treasure hunter, but is he a flying ace? When Scrooge enters the infamous Flitterwobble Airplane Show as a stunt pilot, he ends up defending his life, his rep — and his priceless antique Sopwith Two-Seater plane from the bombastic Baron Von Strudel!

Canadian Disney Comics writer/artist William Van Horn has been a beloved Donald and Uncle Scrooge talent since 1987 — but only his DuckTales stories have been anthologized in modern times. By popular demand, this volume begins a comprehensive collection of his Uncle Scrooge and Donald adventures!

And “Pie in the Sky” is just the start. In “The Amazon Queen,” Scrooge sells a cursed necklace to a fellow treasure collector — and assigns Donald to deliver it! And then in “Another Vine Mess,” Donald’s nephews’ purchase of a rare Patagonian Wirevine causes the house to be overrun by ferocious, duck-destroying greenery!