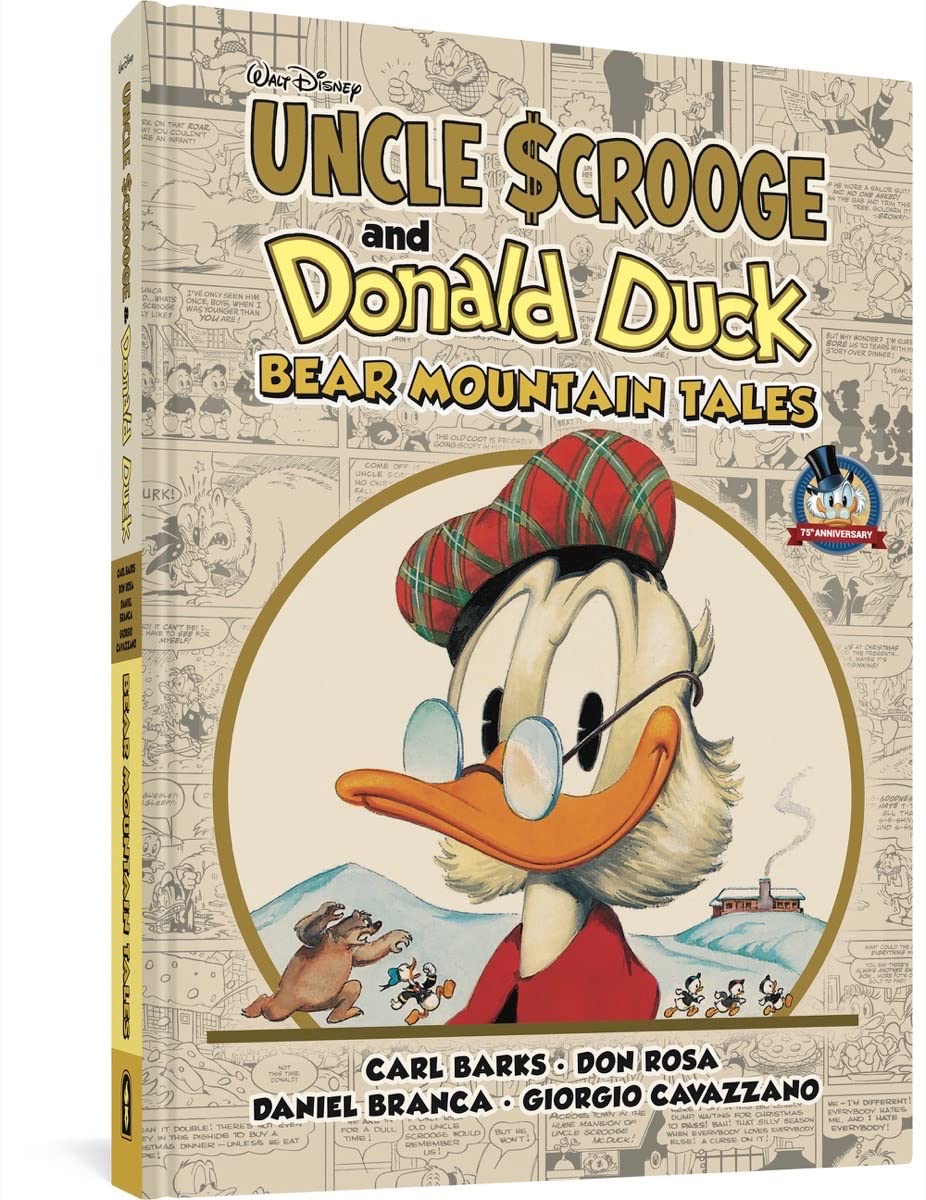 In this special collection of Scrooge McDuck’s amazing comics adventures, which celebrates the 75th anniversary of the character created by Carl Barks, Scrooge and Donald return to the site of their first meeting!

In 1947, Carl Barks’ comics story “Christmas on Bear Mountain” didn’t just introduce the Scrooge McDuck character; it took Donald, Huey, Dewey, and Louie to Scrooge’s Bear Mountain cabin, where beastly bruins made for holiday havoc! In keeping with that memorable debut: Bear Mountain has been the site of countless Duckburg sagas since. Would you like to read them all?

Now you can! This special edition collects Daniel Branca’s “Return to Bear Mountain,” in which there is a gambit with nasty gnomes; Don Rosa’s “The Richest Duck in the World,” which features Donald’s first Money Bin visit; and there’s a crash course with Launchpad McQuack in “New Year’s Daze.” An unforgettable batch of birthday stories and winter adventures is here!