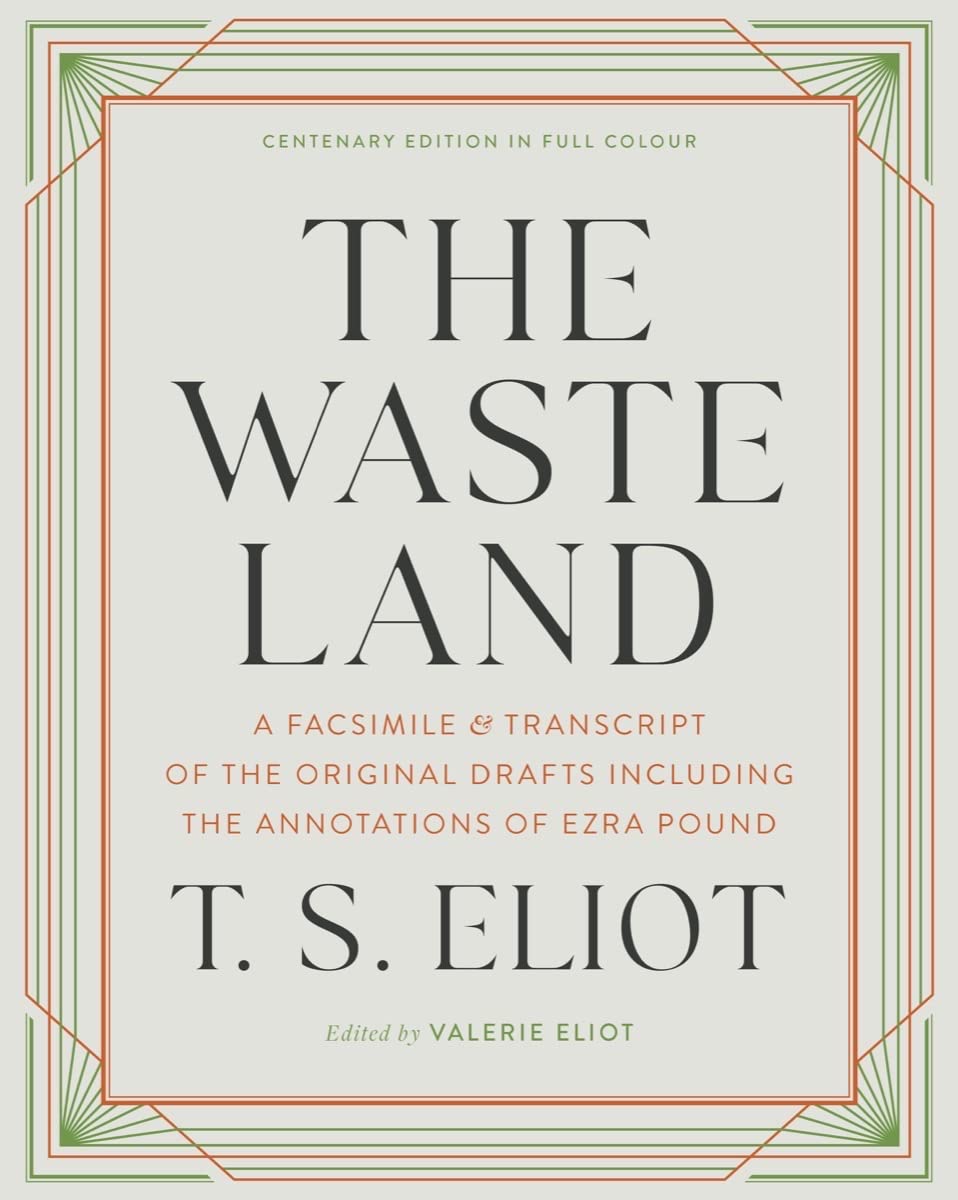 The first full-color facsimile of T. S. Eliot’s The Waste Land, the most influential poem in modern literature, in celebration of its centennial.

When the New York Public Library announced in October 1968 that its Berg Collection had acquired the original manuscript of The Waste Land, one of the most puzzling mysteries of twentieth-century literature was solved. The manuscript was not lost, as had been believed, but had remained among the papers of John Quinn, Eliot’s friend and adviser, to whom the poet had sent it in 1922.

If the discovery of the manuscript was startling, its content was even more so: the published version of The Waste Land was considerably shorter than the original. The manuscript pages illuminate how the famously elliptical poem was reduced and edited through the handwritten notes of Ezra Pound; of Eliot’s first wife, Vivien; and of Eliot himself. So that this material could be made widely available, the poet’s widow, Valerie Eliot, prepared the facsimile edition for publication in 1971, reproducing each page of the original manuscript with a clear transcript, an enlightening introduction, and explanatory notes.

In celebration of the centenary of the poem, published in the United States by Boni & Liveright in 1922, Eliot’s manuscript pages are presented in vivid color for the first time. The updated facsimile edition also offers a new appendix—including a sheet of Valerie Eliot’s corrections discovered in the Faber archive in 2021—and an insightful afterword from Faber poetry editor Matthew Hollis. Complete with the text of the first published version of The Waste Land, this definitive volume reveals the evolution of a landmark work of the twentieth century and its enduring legacy.