The Magic of MinaLima: Celebrating the Graphic Design Studio Behind the Harry Potter & Fantastic Beasts Films 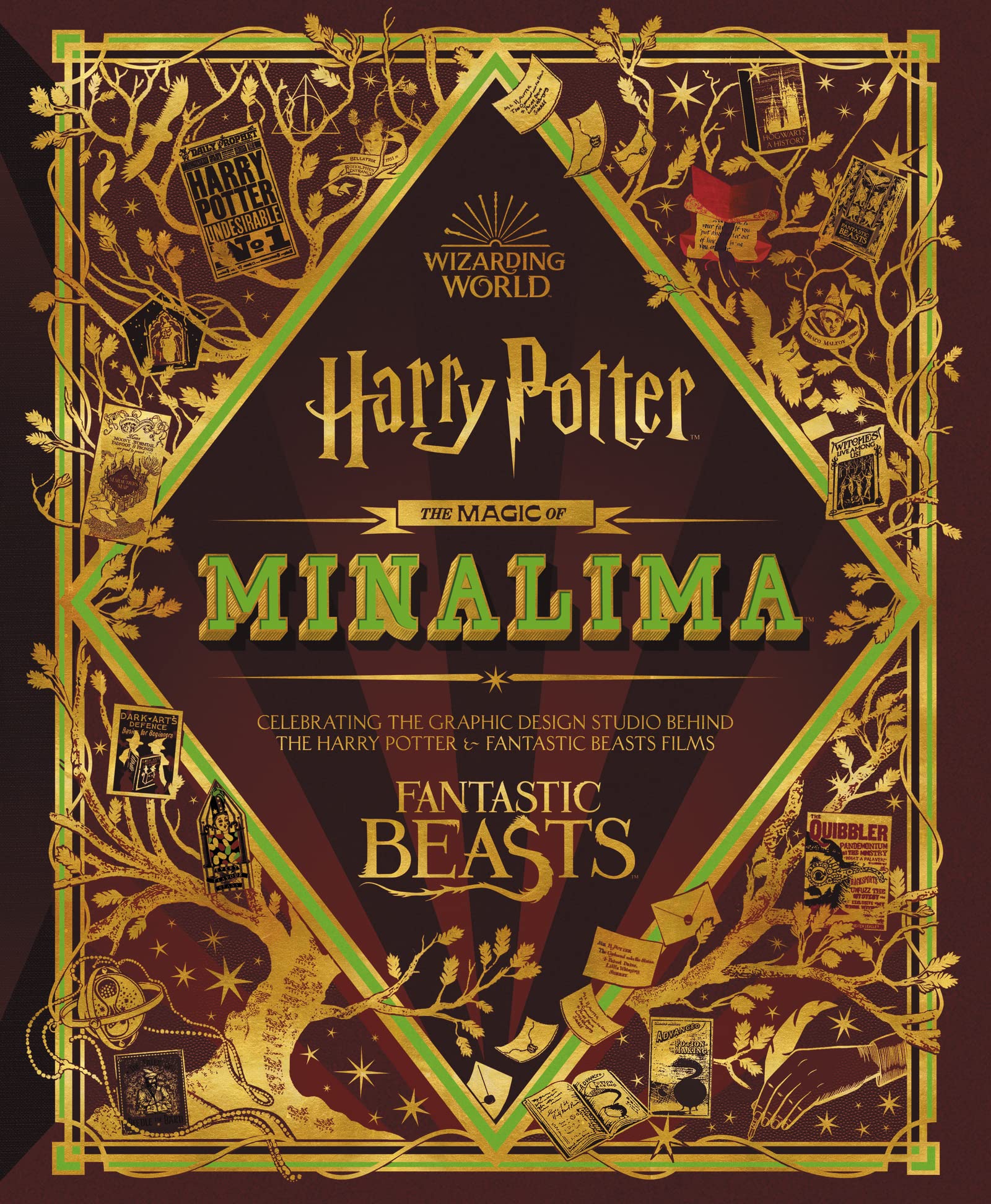 The Magic of MinaLima: Celebrating the Graphic Design Studio Behind the Harry Potter & Fantastic Beasts Films

A full-color illustrated compendium chronicling the magical twenty-year journey of acclaimed art and design studio, MinaLima, the creative genius behind the graphics for the Harry Potter film series.

Miraphora Mina and Eduardo Lima began their extraordinary partnership in 2001 when Warner Bros. invited them to realize the imaginative visual universe of the Harry Potter film series. The two artists would never have guessed that the graphic props they designed for the films—including the Hogwarts acceptance letter, Marauder’s Map, Daily Prophet newspaper, The Quibbler and Weasleys’ Wizard Wheezes—would become cultural icons loved by Wizarding World fans around the world.

Eight years later, the pair formed their own design studio, MinaLima, and expanded their work to include the graphics for the Wizarding World of Harry Potter—Diagon Alley and Hogsmeade at Universal Orlando Resort and the Fantastic Beasts film series. To showcase their treasury of designs, the studio has opened House of MinaLima, its immersive art galleries and shops in London and across the world.

The Magic of MinaLima is an illustrated history and celebration of Mina and Lima’s twenty-year evolution and groundbreaking vision. Their wondrous creations illuminate the Wizarding World as never before, and their commentary offers insights into the imaginative thinking that shaped their designs.

This collection showcases the very best works from the award-winning studio’s two decades and includes interactive elements such as the Marauder’s Map, the Black Family Tapestry, and Weasleys’ Wizard Wheezes.

Designed to delight and enchant, The Magic of MinaLima will be an invaluable resource for Wizarding World and graphic art fans alike.