The Last Book on the Left: Stories of Murder and Mayhem from History’s Most Notorious Serial Killers 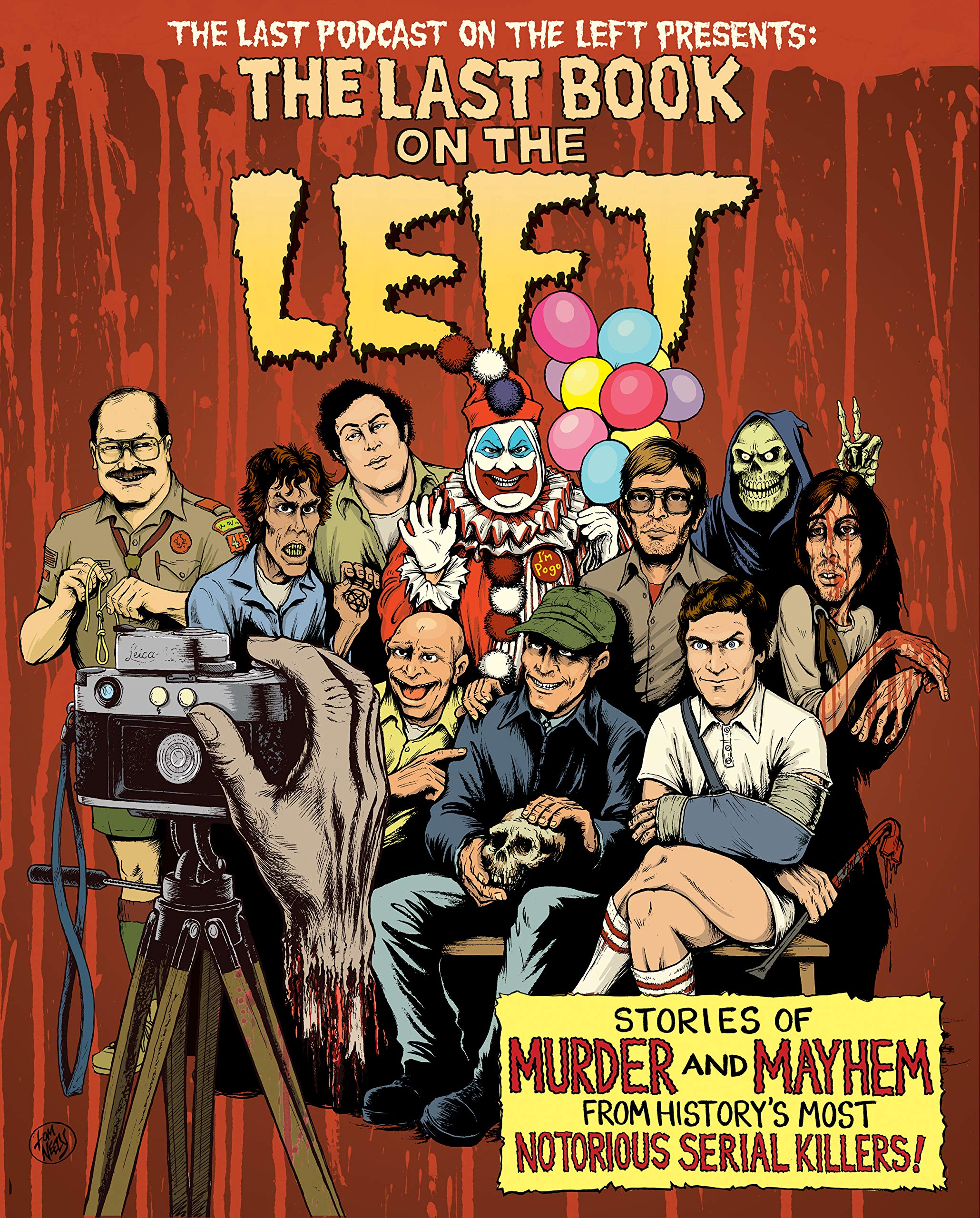 The Last Book on the Left: Stories of Murder and Mayhem from History’s Most Notorious Serial Killers
Ben Kissel, Marcus Parks and Henry Zebrowski
$26.00

Since its first show in 2010,The Last Podcast on the Left has barreled headlong into all things horror, as hosts Henry Zebrowski, Ben Kissel, and Marcus Parks cover subjects spanning Jeffrey Dahmer, werewolves, Jonestown, and supernatural phenomena. Deeply researched but with a morbidly humorous bent, the podcast has earned a dedicated and aptly cultlike following for its unique take on all things macabre.

In their first book, the guys take a deep dive into history’s most infamous serial killers, from Ted Bundy to John Wayne Gacy, exploring their origin stories, haunting habits, and perverse predilections. Featuring newly developed content alongside updated fan favorites, each profile is an exhaustive examination of the darker side of human existence. With appropriately creepy four-color illustrations throughout and a gift-worthy paper over board format, The Last Book on the Left will satisfy the bloodlust of readers everywhere.