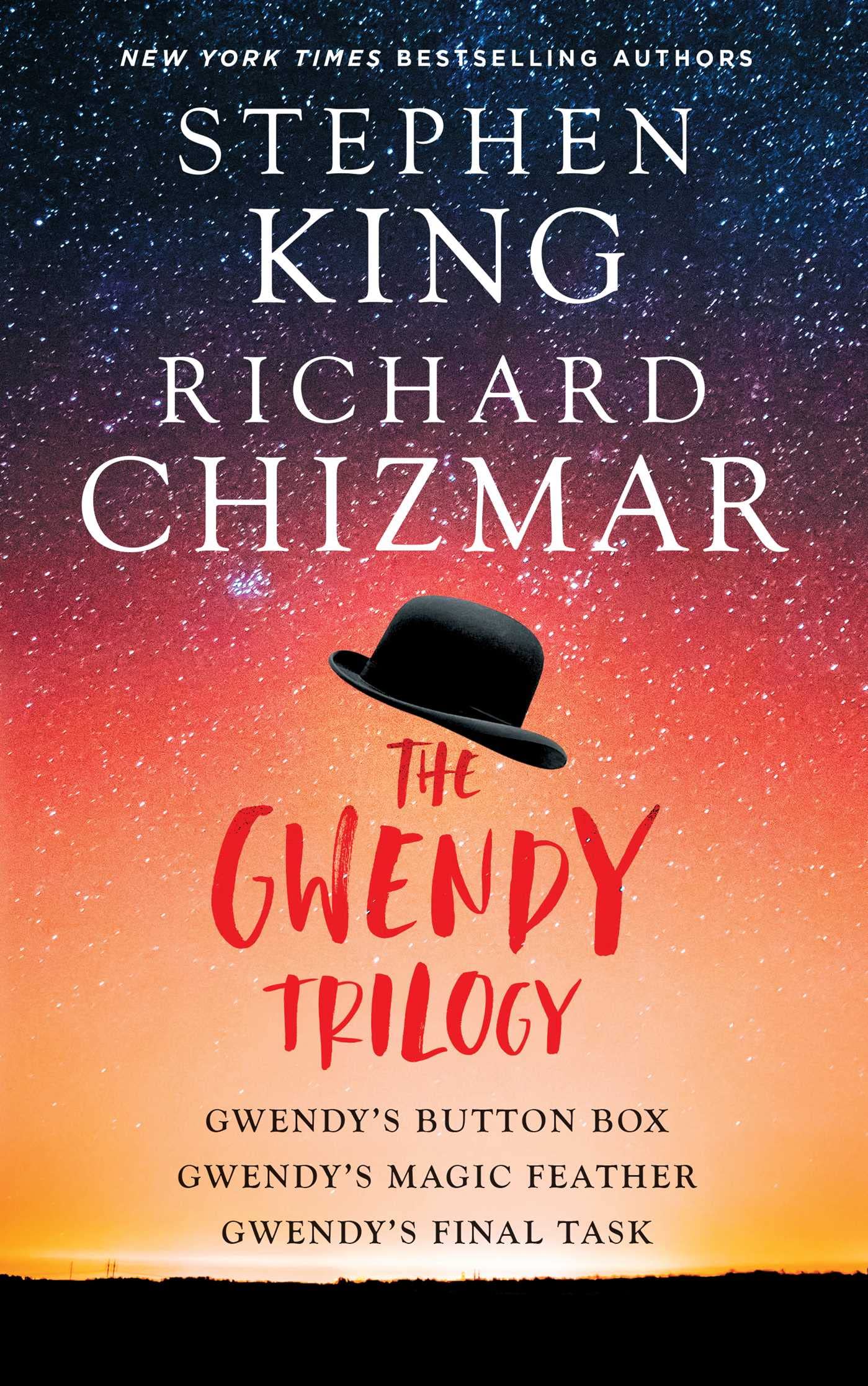 The complete collection of the New York Times bestselling trilogy from Stephen King and Richard Chizmar!

In Gwendy’s Button Box, twelve-year-old Gwendy Peterson’s life is forever changed when she is given a mysterious wooden box by a stranger for safekeeping. It offers enticing treats and vintage coins, but he warns her that if she presses any of the box’s beautifully colored buttons, death and destruction will follow.

Years later, in Gwendy’s Magic Feather, she’s a successful novelist with a promising future in politics. But when the button box suddenly reappears in her life, she must decide if she is willing to risk everything for its temptations.

And in the thrilling conclusion Gwendy’s Final Task, evil forces seek to possess the button box and it is up to Senator Gwendy Peterson to keep it from them at all costs. But where can one hide something so destructive from such powerful entities?