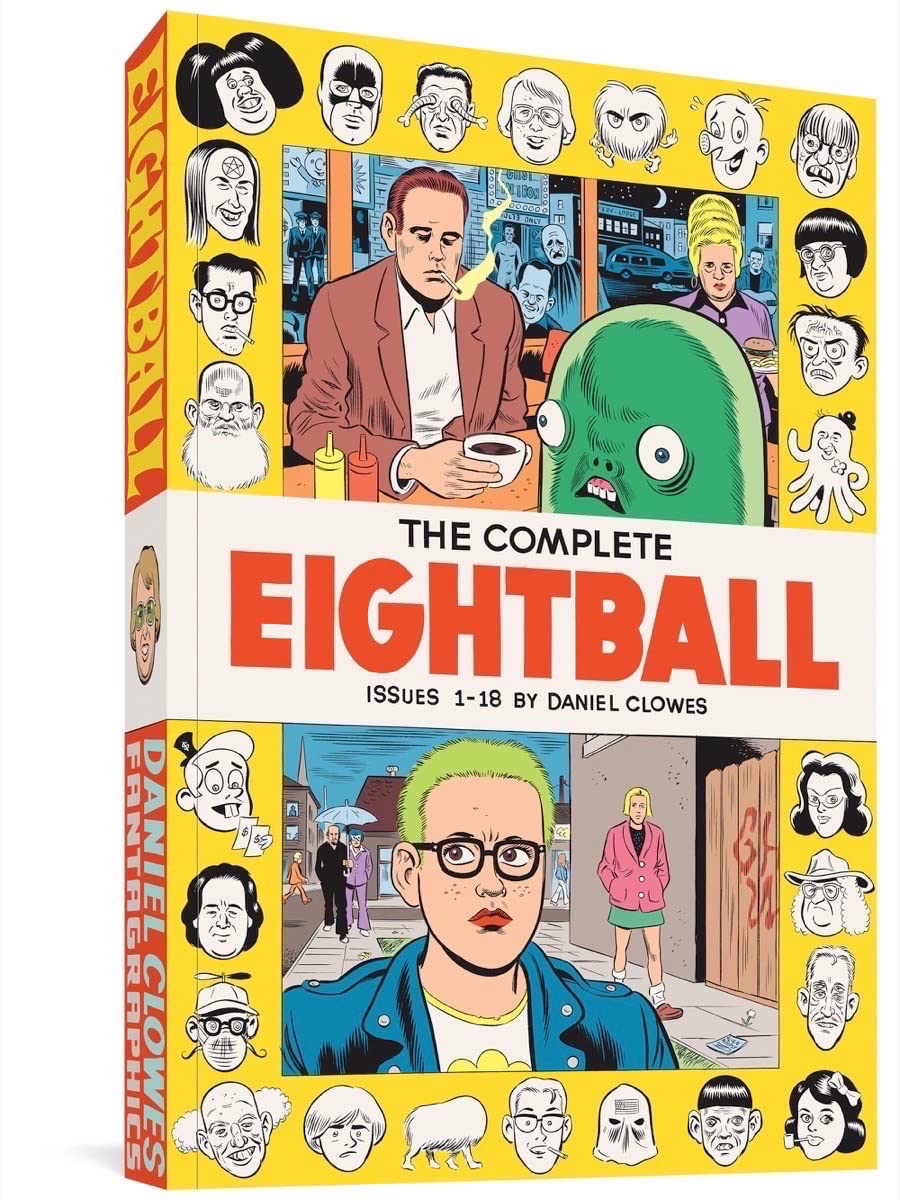 The beloved comic book series Eightball made Daniel Clowes’ name even before he gained fame as a bestselling graphic novelist (Ghost World, Patience, David Boring, Ice Haven) and screenwriter. From 1989 to 1997, he produced 18 issues of what is still widely considered one of the greatest and most influential comic book titles of all time. Now, Fantagraphics is collecting every single page of these long out-of-print issues in a paperback edition. It includes more than 500 pages of vintage Clowes: seminal serialized graphic novels, strips, and rants, such as “Like a Velvet Glove Cast in Iron,” “Ghost World,” “Pussey,” “I Hate You Deeply,” “Sexual Frustration,” “Ugly Girls,” “Why I Hate Christians,” “Message to the People of the Future,” “Paranoid,” “My Suicide,” “Chicago,” “Art School Confidential,” “On Sports,” “Zubrick and Pogeybait,” “Hippypants and Peace-Bear,” “Grip Glutz,” “The Sensual Santa,” “Feldman,” and many more. Features new covers by Clowes, and “Behind the Eightball”: the author’s annotations for each issue, heavily illustrated with art and photos from his archives.