The Art and Making of The Expanse 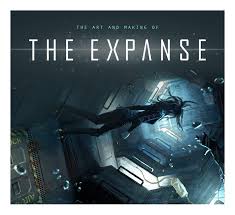 The Art and Making of The Expanse
By Titan Books

The Expanse is a modern TV revelation. Adapted from the hugely popular novels by James S. A. Corey, this Hugo Award-winning story of conspiracy, adventure and intrigue in a galaxy tearing itself apart through civil war has captivated audiences worldwide with its high-concept vision of the future.

The Art and Making of The Expanse goes behind the scenes of the first three seasons of the show, exploring how the bestselling books were turned into one of the most highly regarded science fiction TV series of the 21st century. Packed with stunning concept art and compelling photography, the cast, crew and creators reveal the ideas, processes, inspirations and obstacles behind the making of this massively popular series.