Stuff You Should Know: An Incomplete Compendium of Mostly Interesting Things 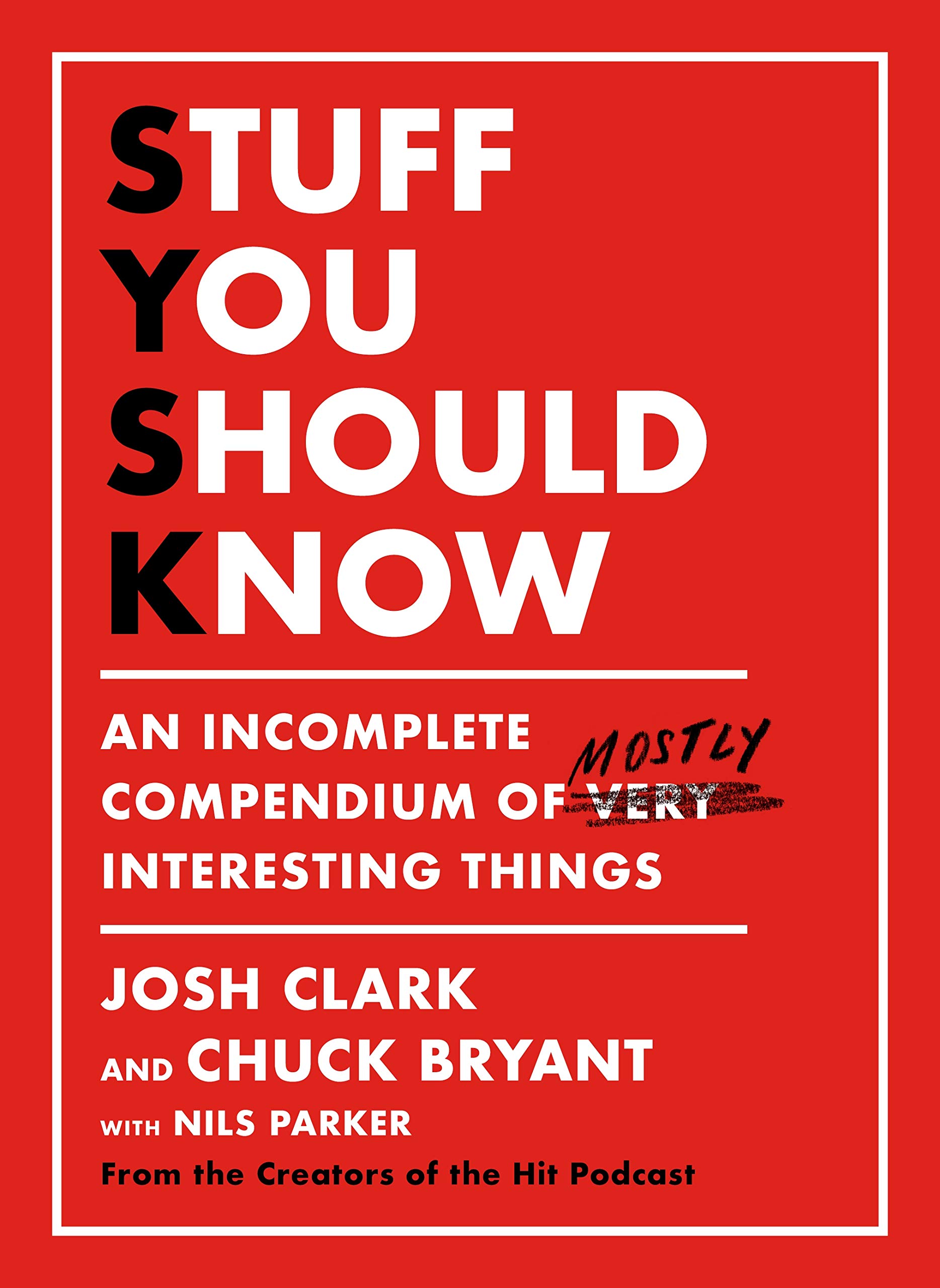 Josh Clark and Chuck Bryant started the podcast Stuff You Should Know back in 2008 because they were curious—curious about the world around them, curious about what they might have missed in their formal educations, and curious to dig deeper on stuff they thought they understood.

As it turns out, they aren’t the only curious ones. They’ve since amassed a rabid fan base, making Stuff You Should Know one of the most popular podcasts in the world. Armed with their inquisitive natures and a passion for sharing, they uncover the weird, fascinating, delightful, or unexpected elements of a wide variety of topics.

The pair have now taken their near-boundless “whys” and “hows” from your earbuds to the pages of a book for the first time—featuring a completely new array of subjects that they’ve long wondered about and wanted to explore. Each chapter is further embellished with snappy visual material to allow for rabbit-hole tangents and digressions—including charts, illustrations, sidebars, and footnotes. Follow along as the two dig into the underlying stories of everything from the origin of Murphy beds, to the history of facial hair, to the psychology of being lost.

Have you ever wondered about the world around you, and wished to see the magic in everyday things? Come get curious with Stuff You Should Know. With Josh and Chuck as your guide, there’s something interesting about everything (…except maybe jackhammers).