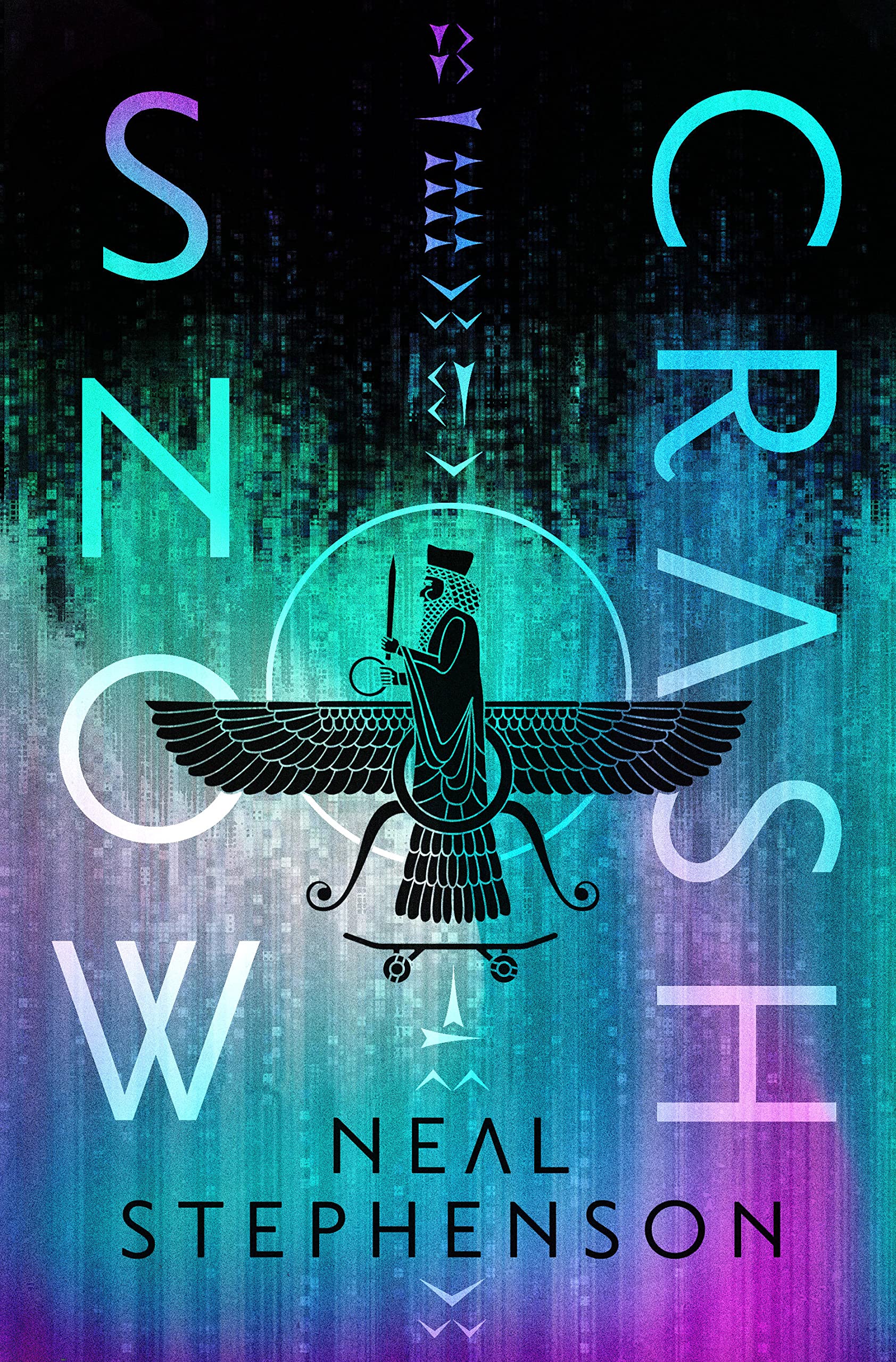 Hiro lives in a Los Angeles where franchises line the freeway as far as the eye can see. The only relief from the sea of logos is within the autonomous city-states, where law-abiding citizens don’t dare leave their mansions.

Hiro delivers pizza to the mansions for a living, defending his pies from marauders when necessary with a matched set of samurai swords. His home is a shared 20 X 30 U-Stor-It. He spends most of his time goggled in to the Metaverse, where his avatar is legendary.

But in the club known as The Black Sun, his fellow hackers are being felled by a weird new drug called Snow Crash that reduces them to nothing more than a jittering cloud of bad digital karma (and IRL, a vegetative state).

Investigating the Infocalypse leads Hiro all the way back to the beginning of language itself, with roots in an ancient Sumerian priesthood. He’ll be joined by Y.T., a fearless teenaged skateboard courier. Together, they must race to stop a shadowy virtual villain hell-bent on world domination.