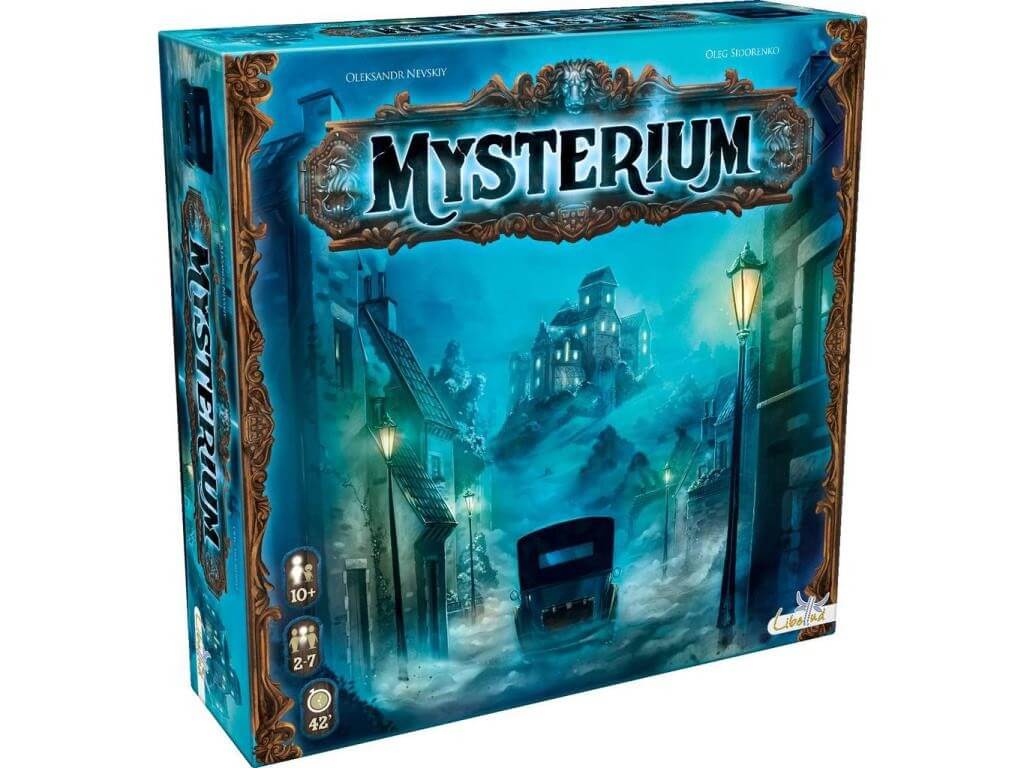 A horrible crime has been committed on the grounds of Warwick Manor and it’s up to the psychic investigators to get to the bottom of it. In Mysterium, one player takes on the role of the ghost and over the course of a week, tries to lead the investigators to their culprit. Each night the team will be met with visions, but what is the ghost trying to tell you? Can the psychics determine the weapon, location and killer or will a violent criminal pull off the perfect murder? CONTENTS: 6 Intuition tokens, 6 sleeves, 6 clairvoyance level markers, 36 clairvoyance tokens, clock board, 4 progress boards, 18 character psychic cards, 18 location psychic cards, 18 object psychic cards, sand timer, 18 character ghost cards, 18 location ghost cards, 18 object ghost, 6 ghost tokens, 84 vision cards, 6 culprit tokens, 3 crow markers, clairvoyance track; rulebook. In the 1920’s, Mr. MacDowell, a gifted astrologist, entered in his new house when he immediately detected a supernatural being. Gathering eminent mediums of his time for an extraordinary séance, they will have 7 hours to contact the ghost and investigate to unlock an old mystery… Unable to talk, the amnesic ghost will communicate with the mediums through visions (illustrated cards). They will have to decipher the images to help the ghost remember how he was murdered (who? where? which weapon?). The more they cooperate and guess, well, the easier it will be to the catch the right culprit. This party game is one of the most anticipated games, thanks to innovative, thrilling and immersive features. It offers cooperation and investigation with an asymmetrical gameplay. While playing the ghost or a medium, you will have fun trying to guess what other players have in their minds! So enter in this strange manor and let yourself be led by your intuition!