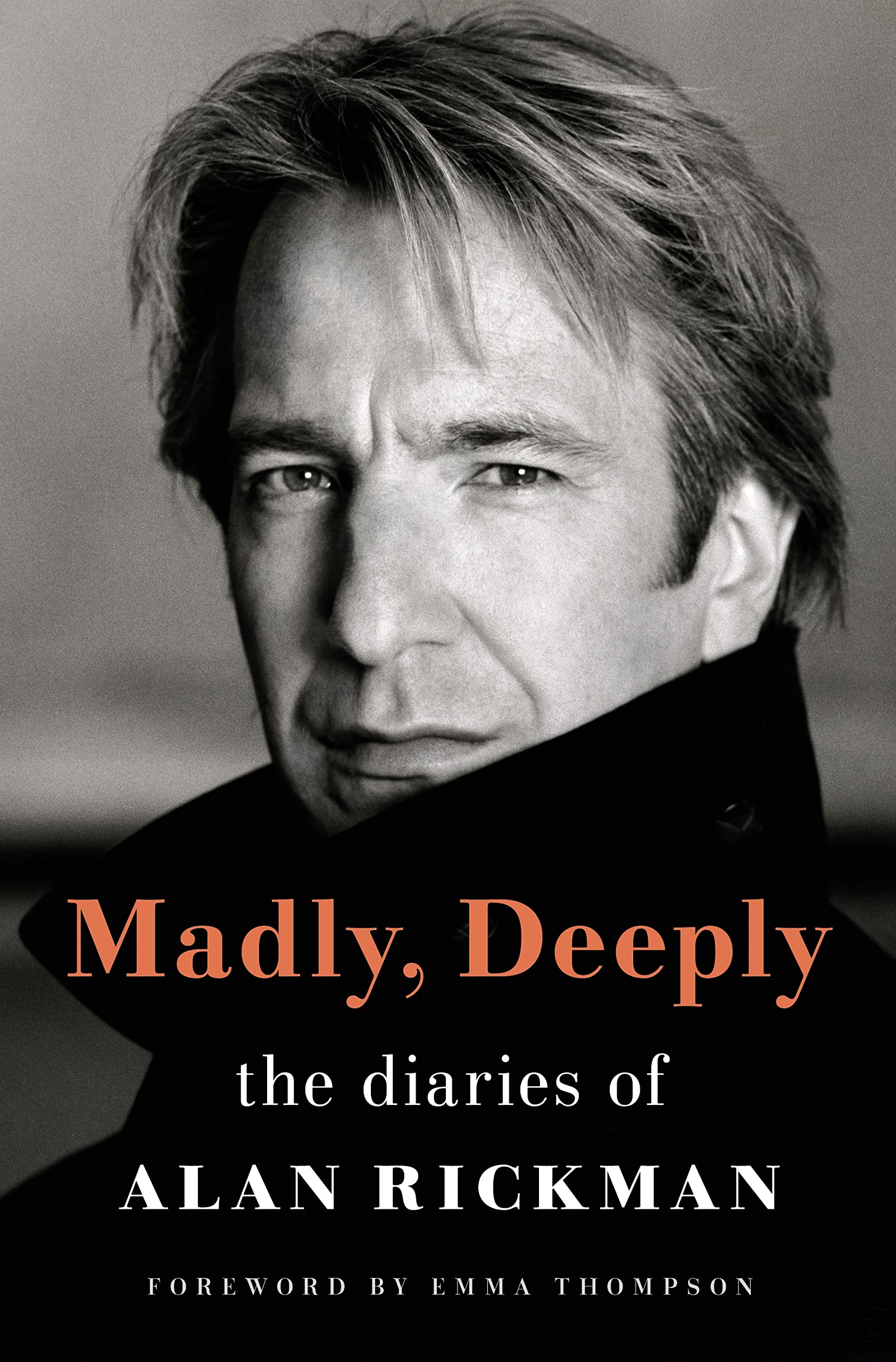 Madly, Deeply is a rare invitation into the mind of Alan Rickman—one of the most magnetic, beloved performers of our time.

From his breakout role in Die Hard to his outstanding, multifaceted performances in the Harry Potter films, Galaxy Quest, Robin Hood: Prince of Thieves, and more, Alan Rickman cemented his legacy as a world-class actor. His air of dignity, his sonorous voice, and the knowing wit he brought to each role continue to captivate audiences today.

But Rickman’s ability to breathe life into projects wasn’t confined to just his performances. As you’ll find, Rickman’s diaries detail the extraordinary and the ordinary, flitting between worldly and witty and gossipy, while remaining utterly candid throughout. He takes us inside his home, on trips with friends across the globe, and on the sets of films and plays ranging from Sense and Sensibility, to Noël Coward’s Private Lives, to the final film he directed, A Little Chaos.

Running from 1993 to his death in 2016, the diaries provide singular insight into Rickman’s public and private life. Reading them is like listening to Rickman chatting to a close companion. Meet Rickman the consummate professional actor, but also the friend, the traveler, the fan, the director, the enthusiast; in short, the man beyond the icon.

Madly, Deeply features a photo insert, a foreword by Emma Thompson, and an afterword by Rima Horton.