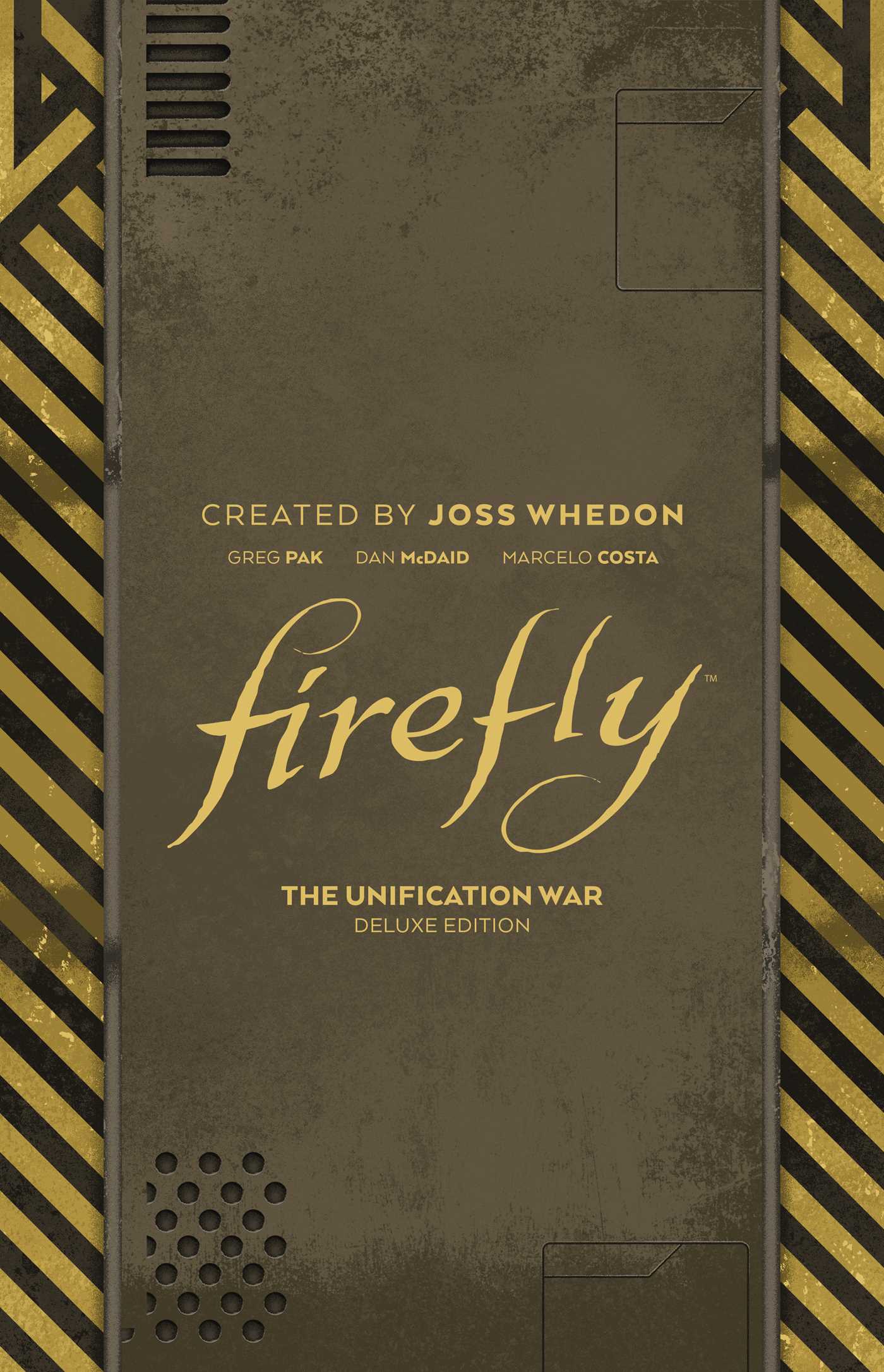 THE TRUTH ABOUT MAL REYNOLDS’ PAST IS REVEALED. Captain Mal Reynolds thought he could outrun his past, but when a simple mission goes wrong, he’s forced to confront it in the form of the Unificators, mercenaries deputized to hunt down war criminals…and they’ve got Mal and Zoe at the top of their list! War can make villains of even the best men, and Mal’s quest for redemption will put him at odds with his own crew, forcing him to make a choice: fix the past or fight for the future. Fans have demanded it for years and now the definitive story of the Unification War—the intergalactic civil war that divided friends and family alike—is told at last in this official continuation of the hit Firefly television series. New York Times best-selling writer Greg Pak (Star Wars, Mech Cadet Yu) and artist Dan McDaid (Judge Dredd), along with series creator & story consultant Joss Whedon (the visionary writer/director behind Buffy The Vampire Slayer, Marvel’s The Avengers and more), take you back to the battleground where it all began…and reveal a secret history that might end it all. Collects Firefly #1-12, plus an exclusive short story not available anywhere else!