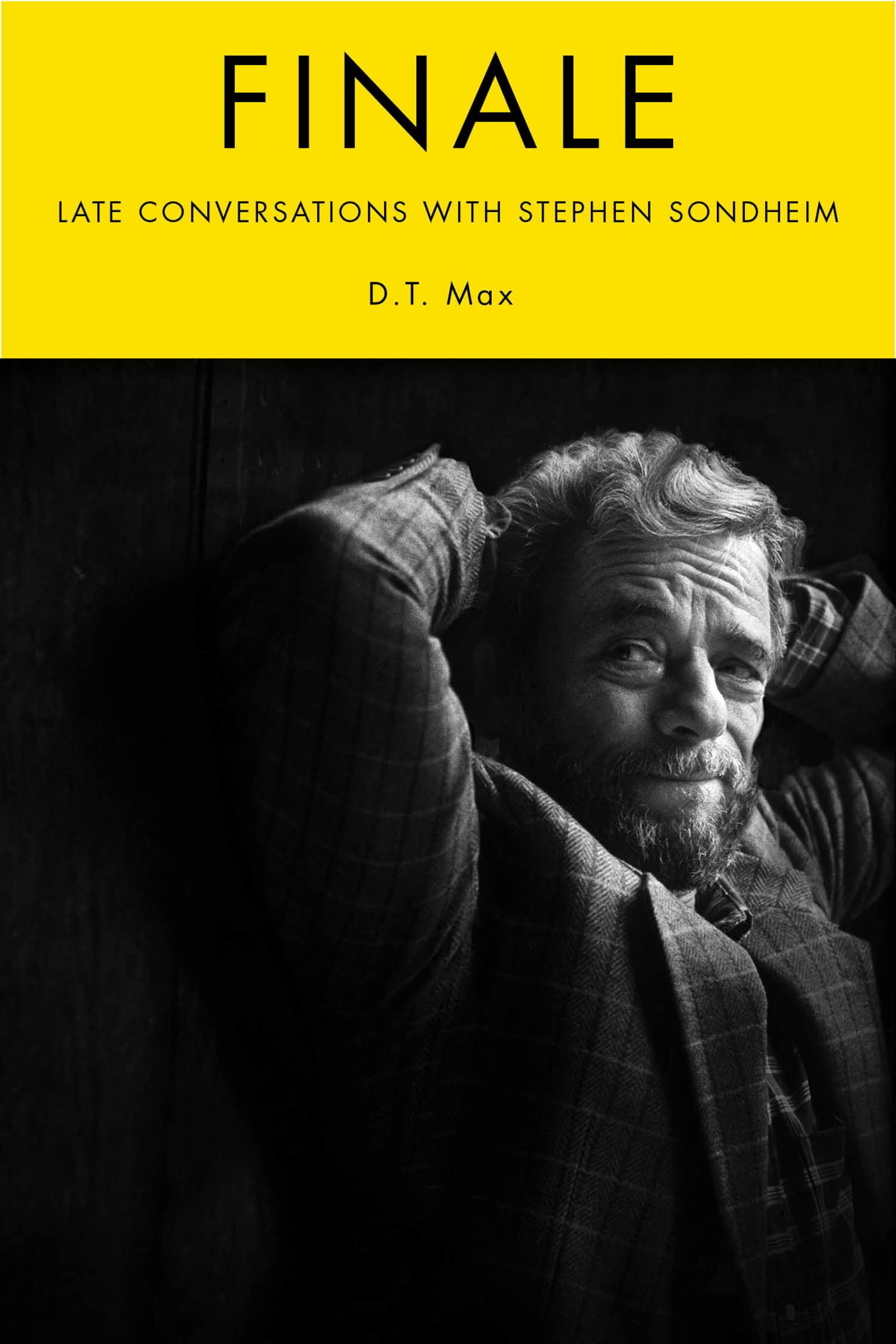 An intimate portrait of a genius: the late Stephen Sondheim in a series of illuminating and deeply personal interviews from the last years of his life—conversations that show the composer-lyricist as he has likely never been seen before.

In 2017, longtime New Yorker staff writer D.T. Max began working on a major profile of Stephen Sondheim that would be timed to the eventual premiere of a new musical Sondheim was writing. Sadly , that process – and the years of conversation – was cut short by Sondheim’s own hesitations, then the global pandemic, and finally by the great artist’s death in November 2021.

Now, Max has taken the raw version of these conversations and knit them together into an unforgettable work of literature and celebration. Finale reveals Sondheim—a star who disliked the spotlight—at his most relaxed, thoughtful, sardonic, and engaging, as he talks about work, music, movies, family, New York City, aging, the creative process, and much more.

Max brings you into the room and gives you a front row seat for their unusual and intimate three-year-long “pas de deux.” The two bond, separate, spar and reunite, as Max elicits from Sondheim a candor and vulnerability he seldom displayed in public.

This is a unique portrait of an artist in his twilight, offering remarkable insight into the mind and heart of a genius whose work changed American musical theater and popular culture forever.