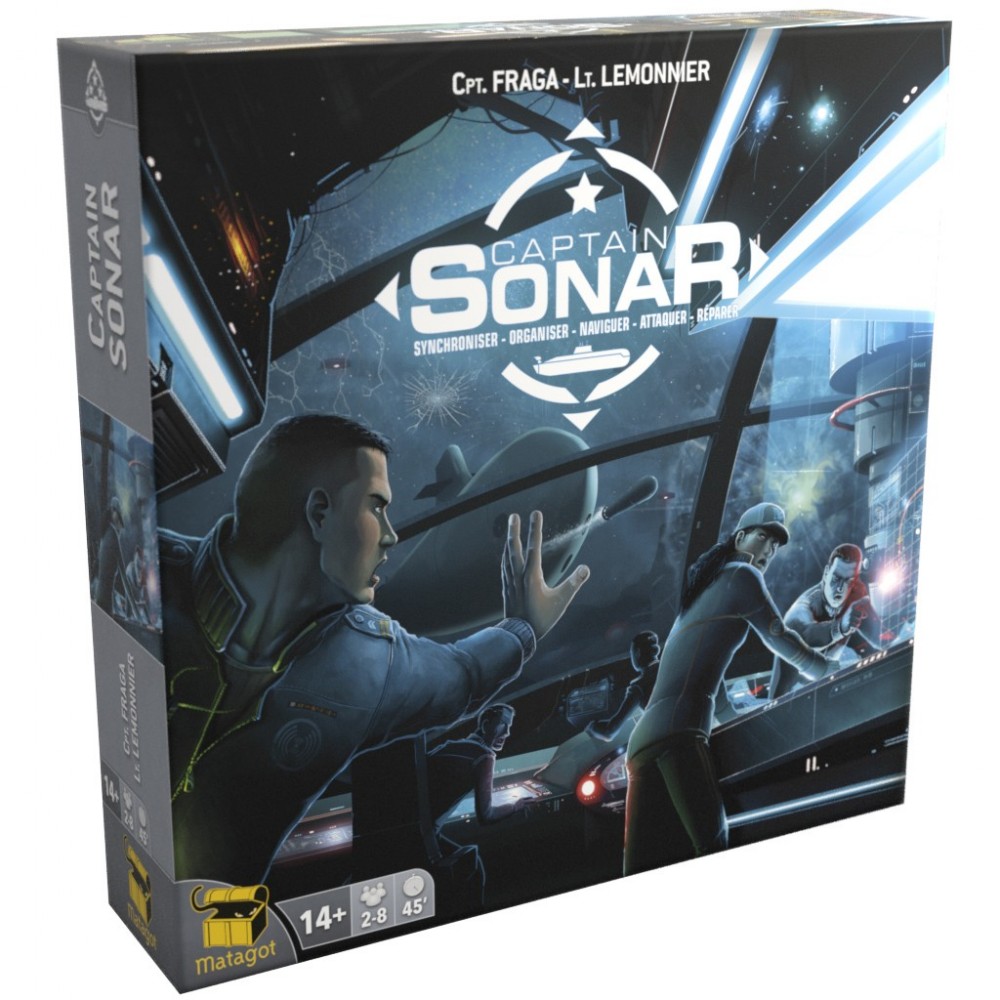 The year is 2048. A new economic war has erupted. Rare earth has become a key element for building new machines, leading private companies to arm next-gen submarine prototypes to protect their underwater mines. Beneath the quiet waves, a silent war is taking place, and these new, unstable submarines are your weapon. Prepare to dive in Captain Sonar, a game of dueling submarines for two to eight players! Captain Sonar is an innovative real-time game that challenges two teams to take their submarines head-to-head in a thrilling battle. Your ultimate goal is to find and destroy your opponent’s submarine, but this task is far more difficult that it may first appear. Your entire crew must work together to chart a course, charge systems, locate the enemy, and keep your own submarine fully operational. Communication and teamwork can lead you to victory, but if you fail to cooperate, you’ll be sunk to the bottom of the ocean! Ages: 14+