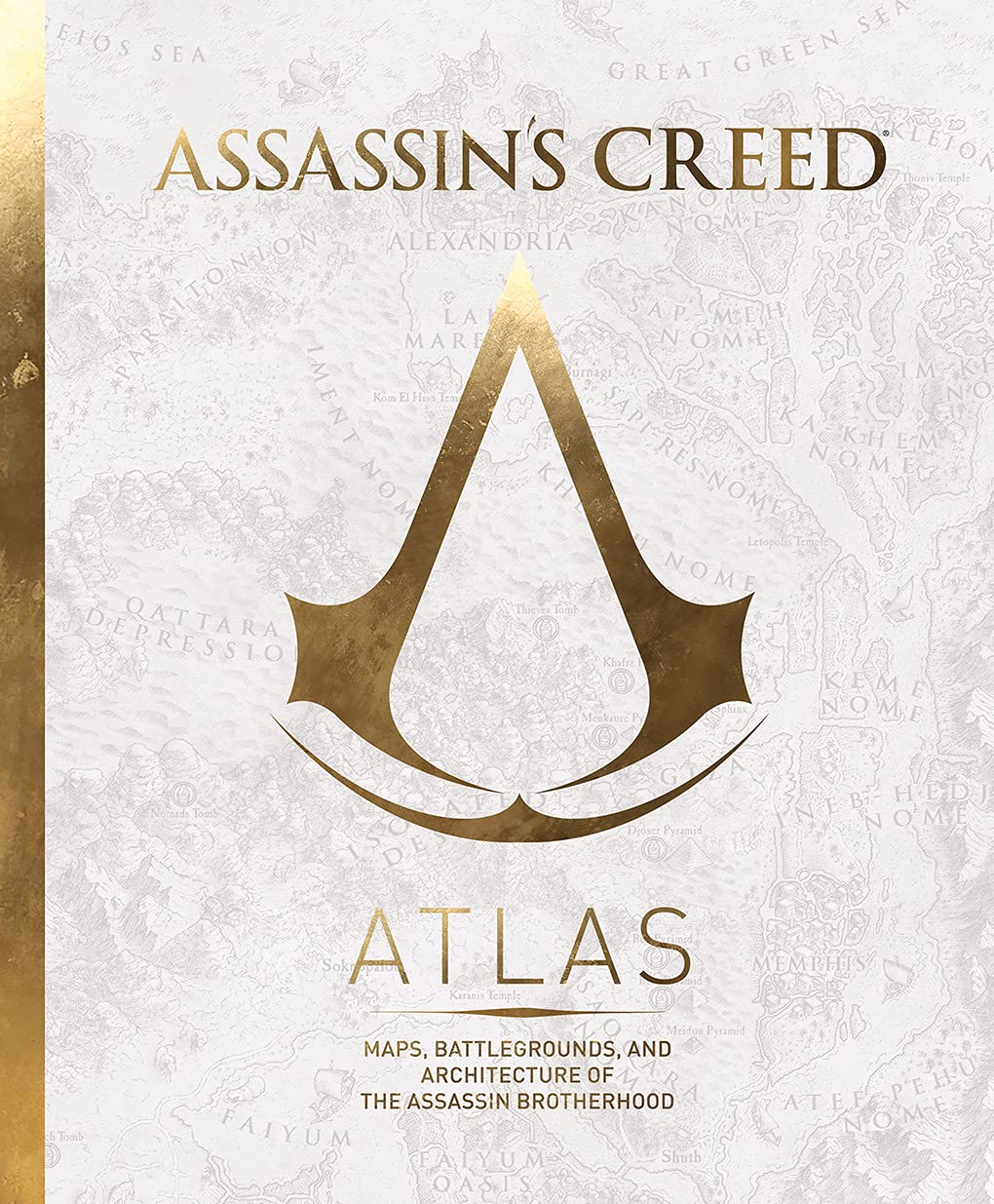 Meticulously re-created historical sites are a staple of the bestselling Assassin’s Creed series—and, in fact, are one of the main draws of Ubisoft’s all-time bestselling property. Each new game transports gamers to a different era and locale, beginning with Jerusalem in the time of the Crusades and going on to explore Renaissance-era Italy, colonial America, Paris during the French Revolution, 19th-century London, and ancient Greece and Egypt. Assassin’s Creed has provided a means to walk through the past and experience world history in a firsthand, immersive way.
In Assassin’s Creed: Atlas, previously unpublished maps, diagrams, and drawings illuminate all of the lands of antiquity featured across the series that have defined both real-world history and the games themselves. Throughout, gaming journalist Guillaume Delalande expands on Assassin’s Creed’s fascinating lore and reflects on the critical moments that gamers experienced in these locations.