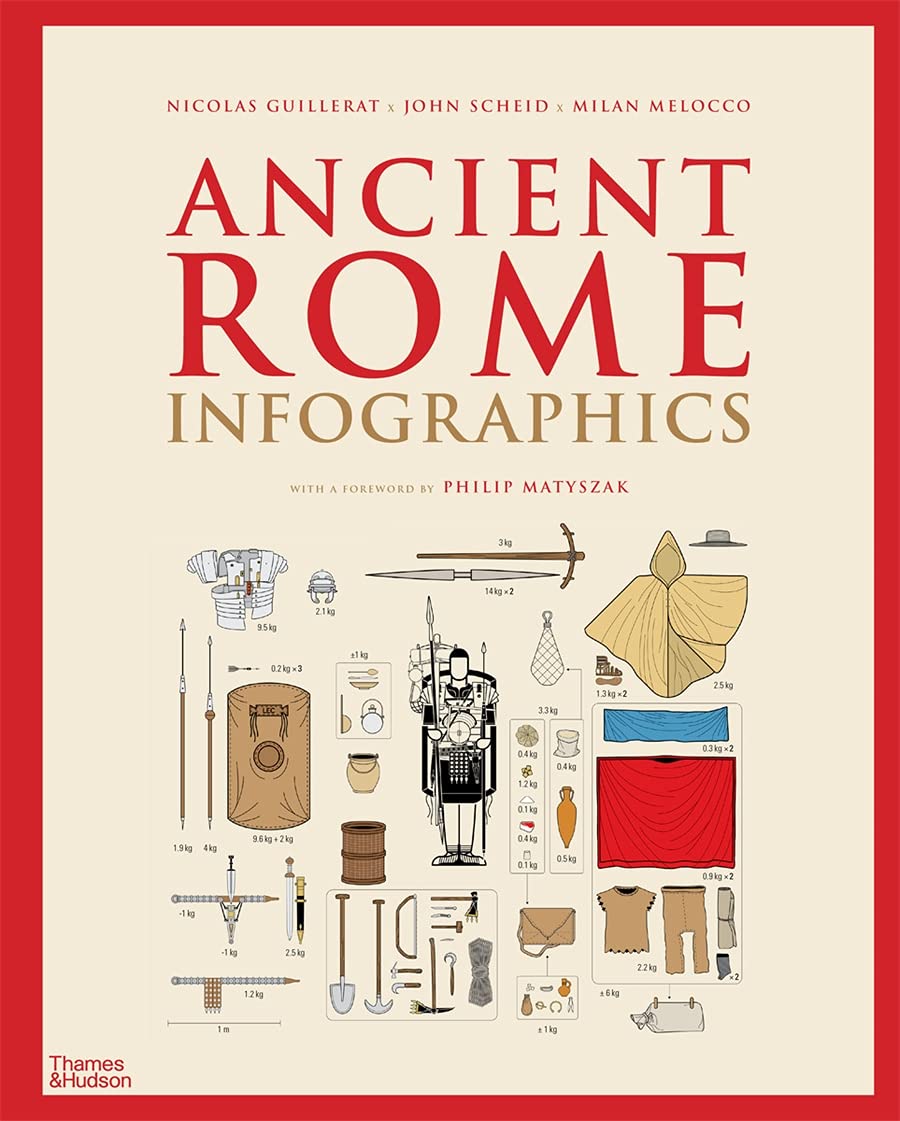 Ancient Rome: Infographics tells the story of a great empire through graphic design. This book offers readers a new way to conceptualize ancient Rome from the birth of the empire to the Punic Wars, and from the Roman political system to the role of women, slaves, and public entertainment. Cleverly designed infographics bring alive the complex history and structure of this ancient empire for the general reader while still satisfying demands for the rigorous approach of a historian.

Drawing on the best international sources, this volume charts ancient Rome’s social, political, and cultural histories with breathtaking data visualizations. The result is an extraordinary new approach to Rome’s history, and is sure to appeal to those looking for an overview of the period and to history buffs alike.