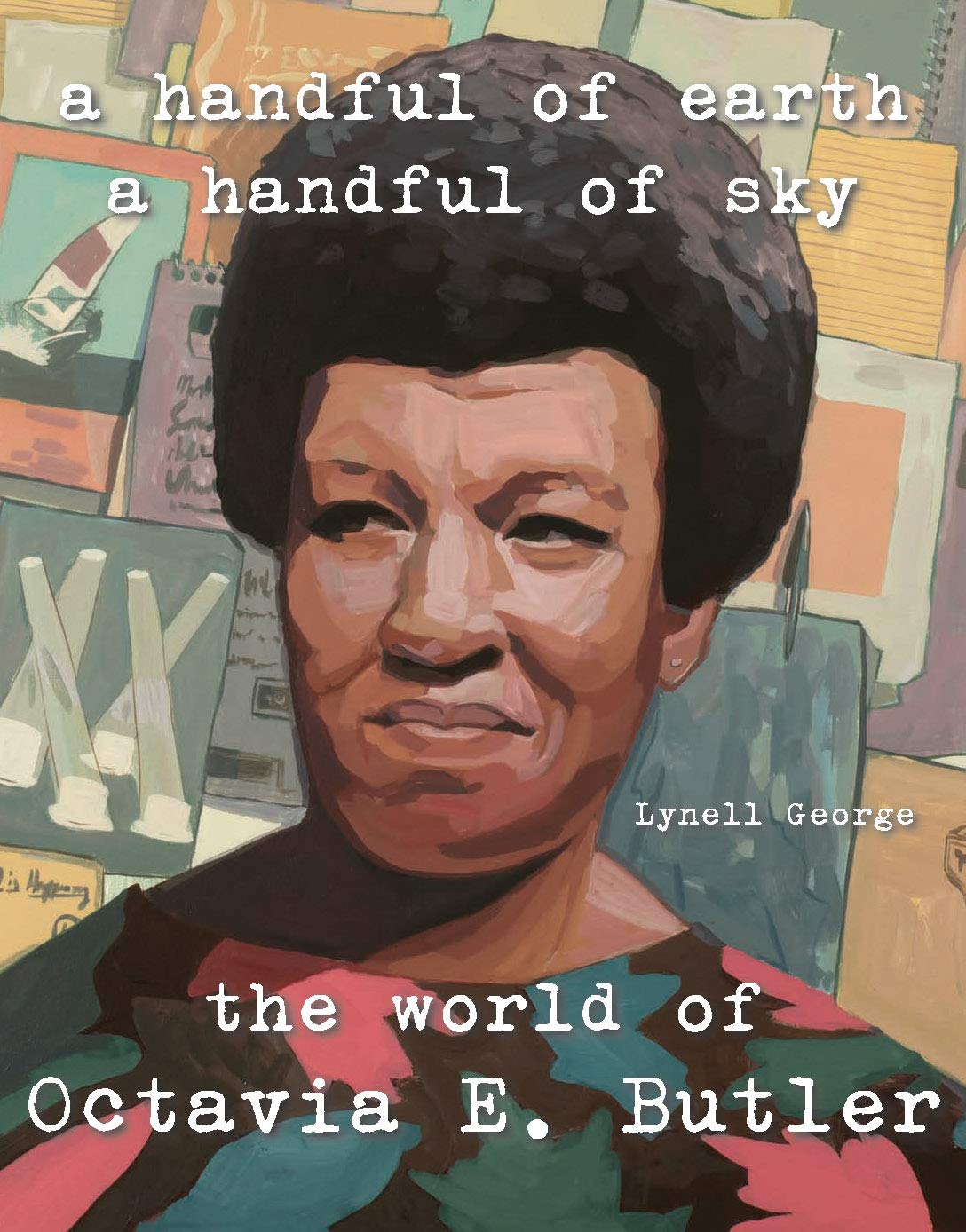 A Handful of Earth, A Handful of Sky: The World of Octavia E. Butler offers a blueprint for a creative life from the perspective of award-winning science-fiction writer and “MacArthur Genius” Octavia E. Butler. It is a collection of ideas about how to look, listen, breathe—how to be in the world. This book is about the creative process, but not on the page; its canvas is much larger. Author Lynell George not only engages the world that shaped Octavia E.Butler, she also explores the very specific processes through which Butler shaped herself—her unique process of self-making. It’s about creating a life with what little you have—hand-me-down books, repurposed diaries, journals, stealing time to write in the middle of the night, making a small check stretch—bit by bit by bit. Highly visual and packed with photographs of Butler’s ephemera, A Handful of Earth, A Handful of Sky draws the reader into Butler’s world, creating a sense of unmatched intimacy with the deeply private writer.

There’s a great resurgence of interest in Butler’s work. Readers have been turning to her writing to make sense of contemporary chaos, to find a plot point that might bring clarity or calm. Her books have become the centerpiece of book-group discussions, while universities and entire cities have chosen her titles to anchor “Big Read,” “Freshman Read,” and “One Book/One City” programs. The interest has gone beyond the printed page; Ava DuVernay is adapting Butler’s novel Dawn for television. A Handful of Earth, A Handful of Sky brings Octavia’s prescient wisdom and careful thinking out of the novel and into the world.

Lynell George is a journalist and essayist. After/Image: Los Angeles Outside the Frame is her first book of essays and photography, exploring the city where she grew up. As a staff writer for both the Los Angeles Times and L.A. Weekly, she focused on social issues, human behavior, visual arts, music, and literature. She taught journalism at Loyola Marymount University in Los Angeles, in 2013 was named a USC Annenberg/Getty Arts Journalism Fellow, and in 2017 received the Huntington Library’s Alan Jutzi Fellowship for her studies of California writer Octavia E. Butler. A contributing arts-and-culture columnist for KCET|Artbound, her commentary has also been featured in numerous news and feature outlets including Boom: A Journal of California, Smithsonian, KPCC The Frame, Los Angeles Review of Books, Vibe, Chicago Tribune, Washington Post, Essence, Black Clock, and Ms. Her liner notes for Otis Redding Live at the Whisky a Go Go earned a 2018 GRAMMY award.